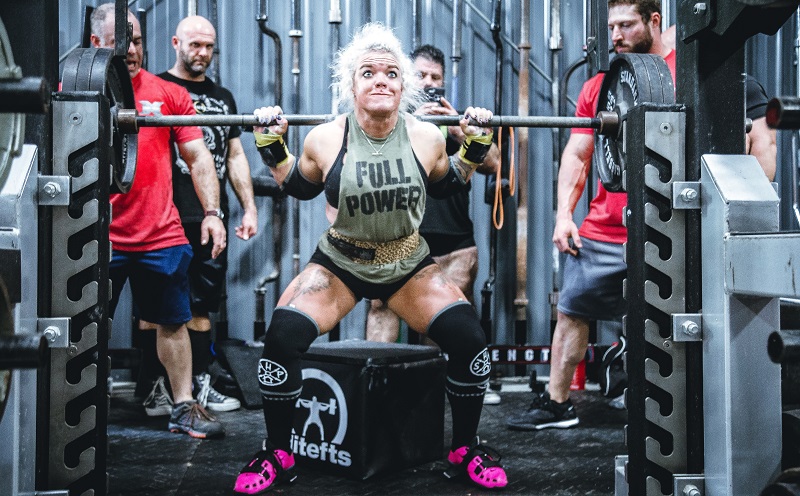 I took piano lessons for 8 years growing up.

One afternoon a week my mom drove the 10 minutes over to my teacher’s house. In her living room that was too small for both the baby grand and the harpsichord and the living room furniture, I’d have my lesson.

I won’t lie. I never really enjoyed playing the piano. And I don’t enjoy it now. Once in a while, I’ll touch a piano. But it’s just not my thing.

The lessons though did give me an experience of what muscle memory is all about.

I was developing muscle memory.

You’ve got many things during the day that rely on muscle memory. You’ve repeated them so many times that you can perform the task without conscious effort.

The term muscle memory is a bit of a misnomer. The memory part is actually stored in your brain. And your brain directs your muscles to act in such and such a way.

Wherever the memory is stored, there’s a part to committing an act to muscle memory that involves it feeling a certain way.

All those years ago I learned to play Für Elise.

If you took piano for a couple of years as a kid, I bet you’ve learned this piece as well. If not, if you hear it, you’ll recognize it

I played that song so many times that I developed a really good muscle memory for it.

And I knew what it felt like to play it.

Many many years after not touching a piano I could sit down and find the first note of the song and play it through. Even now as I write this, I can take my right hand and play the first 9 notes on the desk. I don’t even need the feedback of hearing the piano.

Muscle memory can be a great thing. Except when it’s not.

When I turned 19 I was met by chronic neck, shoulder and back pain that plagued me for the better part of 10 years.

Searching for relief is what prompted me to start studying the Alexander Technique at age 25. I haven’t stopped studying and applying its lessons since.

One of the most important things I’ve examined in the past 25 years of exploring my posture and movement is what I think trying hard should feel like.

Most importantly I’ve learned to question it.

The problem in the past was that I’d spent years cultivating muscle memory around trying hard. Trying hard was equated with feeling a lot of excessive muscular tension.

I had to feel that excessive muscular tension to know that I was doing the trying hard correctly.

But my body was not happy. At all.

When and how exactly I began to equate the feeling of excessive muscular tension and trying hard is not easy to pin down.

But it started at a pretty young age.

I remember holding my pencil so tightly in elementary school when I tried hard to make my writing neat that I created a permanent dent on the inside of my right ring finger.

I think it’s only disappeared in the last 10 years or so—even though I’ve changed the way I hold my pen and the amount of pressure I use to write. Plus, I type more now than write by hand.

After I had moved to Minneapolis in my mid-20’s and started taking Alexander lessons regularly I remember distinctly cleaning the toilet in my cute 1930’s apartment. And scrubbing at it like I was trying to get 100-year-old lichens off the side of an ocean tanker.

Because of my Alexander lessons I’d started to pay more attention to how I was doing things.

And I noticed the effort and how I was feeling.

Did I need that much effort?

But only with that much effort was it registering in my brain as a good job. Trying hard.

And I wanted to try hard and do a good job.

One thing I had to change if I was going to have any chance of my body feeling better was to tackle this “muscle memory” I had developed for trying hard.

There were two steps:

1) The first was the easier of the two. Over the years it has boiled down to a simple practice of asking myself one question from time to time throughout the day when I’m doing something. Anything. I can ask myself the question even as I sit here at my desk and type this to you.

Almost every time I ask myself that question, something releases in me. I let go of some muscular holding that I’d no idea I was doing. And didn’t need.

What lets go is often in places that completely surprise me.

Who knew that chopping onions required me to squeeze my left buttock? Hard.

Implementing this took patience and persistence.

The pay off in the form of a body that didn’t hurt so much did not come instantly. It took time.

But it was and continues to be so worth it.

It’s not hard to ask yourself, “can I do what I’m doing and do less?”

What’s hard is to consistently ask yourself the question periodically throughout your day as you’re engaged in activity.

And do it every day.

2) The second step surprised me as the harder of the two. Simply learning to do less was one thing. Dealing with the sense that I wasn’t trying hard (enough) when I did less was another.

I had to somehow work on separating them from each other.

The desire to want to feel like I was trying hard was very strong. And it still is.

But by learning to recognize more and more often when it springs its ugly head and says, “this doesn’t feel right” I have the chance to reply, “No. It just feels different. And I’m doing differently and still trying hard (enough)”.

I still have the muscle memory for part of Für Elise. Because I had practiced it a lot.

Well, I practiced trying hard in my old way a lot. And for a lot longer than I’d practiced Für Elise.

This is still an ongoing journey for me. But my ongoing practice of the Alexander Technique has helped me to be much more aware. Aware of how I do things.

And with awareness comes choice.

I can choose to do what I’m doing and do less, feel different and let that be my new trying hard.

Every time I try hard in this new way, my body thanks me for it.

Photo by Alora Griffiths on Unsplash