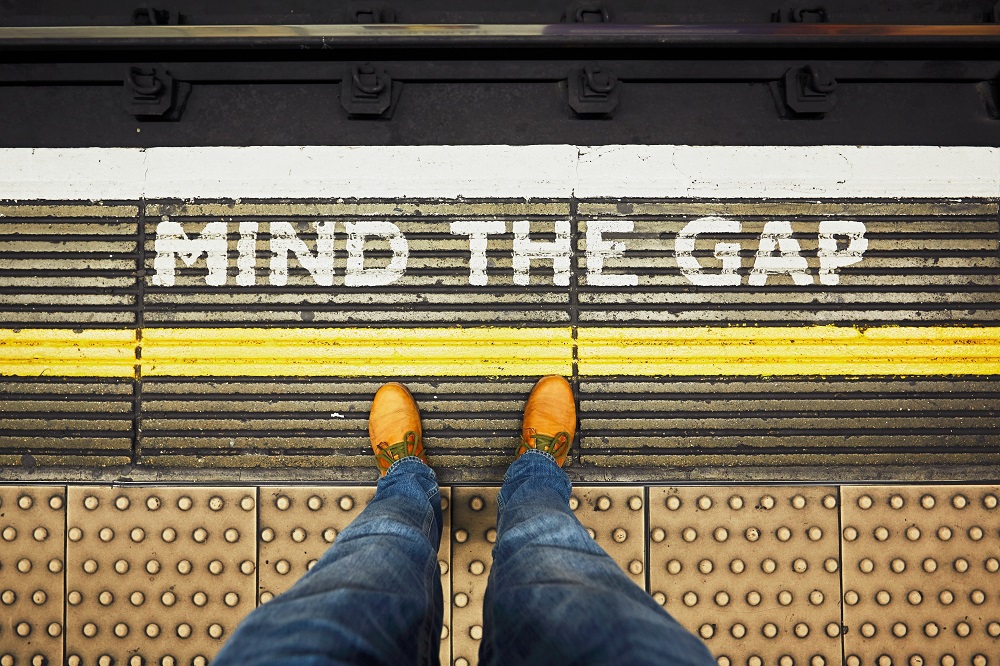 I was in NYC on a recent weekend in May.

The morning of my departure I allowed more than enough time to check out of my hotel, walk to Penn Station, board the train to the airport, check in and go through security.

When travelling I like to allow myself a lot of extra time. Travel is often stressful. This is one way that I can lessen that stress for myself.

I arrived at Penn Station a few minutes earlier than planned. The train I had thought I would take would leave in 15 minutes. I saw it listed on the big departures board overhead. But because I had arrived early, another train, also going to the airport, was boarding and departing in 1 minute.

For a split-second I felt a rush of panic!

Should I grab this train?

Why waste 15 minutes waiting in the train station when I could run and get on this train right now?

These thoughts whirled through my mind as people were running to the door that led to the stairs and down to the platform where the train was about to depart momentarily.

I had a relatively heavy backpack on with my laptop in it and a rolling suitcase. If I decided to go for it I would have one minute (to be realistic, probably less than a minute) to open the really heavy door to the stairs (no automatic doors!), run down the stairs (no escalator!) lugging my suitcase, dash across the platform, locate an open door on the train and board. And it was not even guaranteed that I would make it in time.

I decided not to go for it.

And my whole body relaxed with a sigh of relief.

When the next train arrived, I took my time getting down to the platform and boarding. I found a nice seat by the window and settled into my seat. I enjoyed the view as I took the 25-minute ride to the airport—arriving in plenty of time.

So, what happened to me? And what can you gain from my story?

When you are faced with a stressor your brain interprets that stressor to determine if it is a threat or an emergency or not. Then a response to the stressor is formulated.

Let’s take a simple example. If you see a lion, that is a stressor. Your brain asks questions to help you interpret whether it is a threat/emergency. For example, are you out in the wild with no barrier between you and the lion? Or are you in a zoo with a fence between you and the lion? The answer to that question informs your response. Again, all this happens below your conscious awareness. What you experience, usually, is that you do not feel stressed when you look at a lion in a zoo.

This process happens below your conscious awareness most of the time.

And you already know from experience how you feel in this type of situation. Tight and tense. Usually in the neck and shoulders.

The good news is that you can start noticing that there is a gap between a stressor and your response.

And if you are aware of that gap you can choose how you want to interpret the stressor consciously.

When I arrived at the train station the stressor was the information that an earlier train was available to me but it left in one minute! I consciously assessed if this was an emergency (Was this the last train I could take and still make my flight? Answer: No. Was there another train in a few minutes that would still get me to the airport in plenty of time? Answer: Yes.)

Because I consciously assessed this as Not an Emergency I could base my response on that information. I could stop and not make a mad dash for the train I didn’t have to get on. I could choose not to risk turning an ankle lugging the suitcase down the stairs in hurry. And probably pulling the muscle in my shoulder that I seem to repeatedly pull to boot.

And my whole body thanked me for it!

The skill of stopping and minding that gap between a stressor and your response is one way that you can work on changing an overactive stress response.

Like any skill, it takes practice. And you get good at what you practice.

So, give yourself permission to slow down and find those gaps in your day.

I bet you’ll find that more often than not, life is not an emergency!

3 Replies to “Mind the Gap”