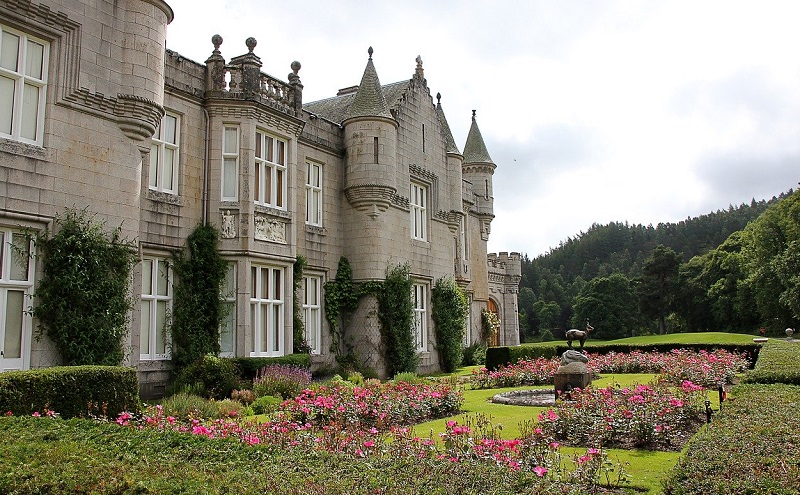 The Alexander Technique as we know it today started with one actor’s vocal problem.

F.M. Alexander was born in Tasmania, an island off the coast of Australia, in 1869. As a young man, he was an aspiring actor. At the time it was popular to recite Shakespearean monologues. This is what he liked to do. But he had a problem. With his voice. Quite simply, he would lose it. He would get hoarse while performing.

F.M. sought the help of medical professionals. They checked him over and couldn’t find anything obviously wrong. They suggested he rest his voice. This worked, but as soon as he began to perform again, the pesky problem would return.

It was at this point that F.M. made his first important observation (in the form of a question that he asked himself). Since at the beginning of a performance his voice was fine, and at the end, it wasn’t, he asked himself wasn’t it possible that he was doing something during the performance to cause the loss of his voice?

He went back to his doctors and asked them. They agreed that this was quite possible. But they, unfortunately, didn’t know what he was doing. But F.M. was not going to give up. He decided to see if he could figure out the answer to his question. So, he arranged mirrors to observe himself from several angles as he recited.

What he noticed was his second important observation. When he went to recite, he would tighten his neck, pull his head back, depress his larynx, and audibly suck in air through his mouth (apparently this last thing he abhorred in other actors). He also noticed a tendency to stiffen his whole body, pulling in his lower back, tightening his legs and gripping the stage with his feet.

In order to recite then, he was basically tensing himself up from head to toe.

F.M. explored trying to keep one of these things he noticed in check and then another. What he found out was his third important observation: that it was what he was doing with his head and neck that seemed to make all the difference. Like a master switch that affected everything else, if he was able to not tighten his neck and pull his head back, the rest of the stiffening seemed to take care of itself.

And most importantly his voice improved.

As he further explored projecting his voice and not tightening his neck, he realized that not only did speaking cause this unwanted habit to kick in, just thinking about speaking caused the habit to rear its ugly head. He realized there was a connection between his thoughts and his actions — or his mind and his body. And he couldn’t ignore it if he wanted to solve his problem. The unity of mind and body was his fourth important observation. He was way ahead of his time in realizing this and talking about it.

People noticed that F.M. had been able to help himself. And they started to seek out his help. He became known as “the Breathing Man” and helped people with breathing and vocal issues in Melbourne and later Sydney. He soon found that he was able to help people not only with breathing and vocal issues but also with issues where current medical treatments weren’t effective — by addressing the underlying habits that were causing or exacerbating their symptoms.

Habits are pesky things. And if you’ve ever tried to change a habit, you’ll know it’s darn difficult.

This was one reason F.M. started to use his hands to help his students. Over time he developed a way of teaching using gentle touch to communicate what he wanted his students to understand. This gentle hands-on approach is still a hallmark of Alexander Technique teaching today.

F.M. moved to London in 1904 accompanied by a letter of recommendation from several prominent physicians. He quickly set up a successful practice. In 1931 he started to train others to teach what he simply referred to as the work. He died in 1955 at the age of 86.

Alexander wrote four books. If you’re a serious student of the Alexander Technique, you should at least try to read some of his writing. The books are not the easiest to read. F.M. loved very long sentences and he does tend to repeat himself. He was also a Victorian and his language reflects that.

In chapter 1 of The Use of the Self — Evolution of a Technique — Alexander narrates the process he went through to discover the source of his vocal trouble and devise a way of overcoming it. If you read anything of his, read this chapter.

But is the Alexander Technique, developed by a Victorian and still relatively unknown, of use to us today?

It is if you are tired of relying on others to solve all your problems.

On its surface, it’s about becoming aware of your postural habits that are getting in your way — causing or exacerbating pain or simply keeping you from performing at your optimum — and how to change them. But as you delve into it further, you’ll find that it gives you the understanding and skills to take care of yourself for the rest of your life.

Pain: back pain is one of the major reasons that people seek out the help of an Alexander teacher. And no wonder. It’s one of the most common complaints in the physician’s office. But people also come for help with chronic neck and shoulder tension, headaches, and repetitive strain injuries. People who deal with chronic conditions such as arthritis, osteoporosis, or scoliosis can also benefit from learning tools to better manage their conditions on a day to day basis.

In recent years exciting and promising work has been done with Parkinson’s patients.

In 2008 the British Medical Journal reported encouraging results from a large randomized control study on the effectiveness of Alexander lessons for people with low back pain.

Performance: People will come to get help performing better at a favorite activity, such as playing a musical instrument, dancing, or singing. Many acting programs and music conservatories include Alexander Technique as part of their curriculum. Many famous actors have studied the Alexander Technique such as Annette Benning, Juliette Binoche, Kenneth Branagh, John Cleese, and Hilary Swank.

Although far-reaching in its effects, the Alexander Technique is quite simple in principle and can be easily understood by anyone. It invites you to stop looking to others for all the answers and to take some responsibility for the role you play in your problems — and teaches you the skills to do just that.

Image by Greg Montani from Pixabay

4 Replies to “Is the Alexander Technique Still Relevant Today?”