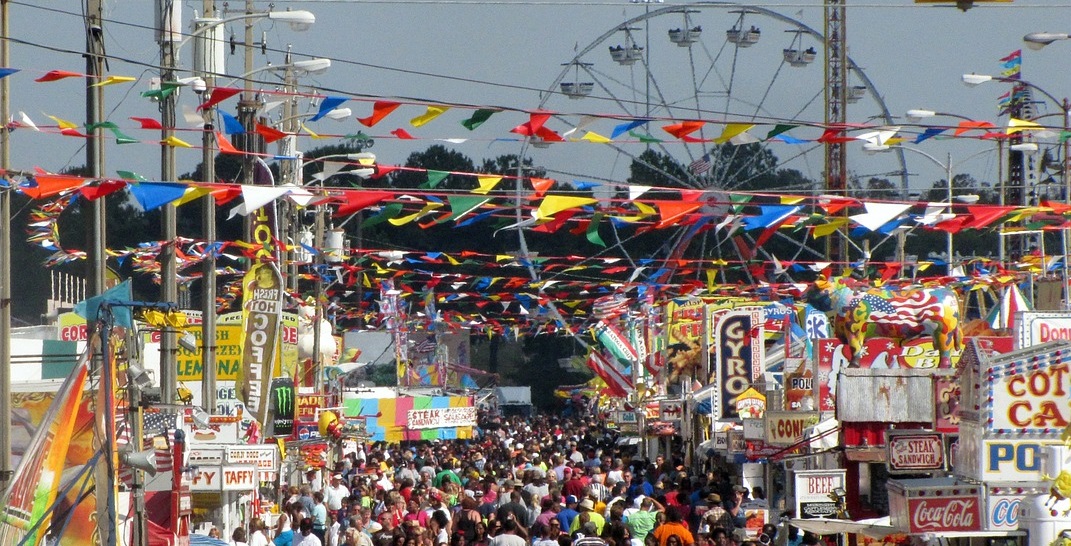 I went to the Minnesota State Fair last summer.

If you live in Minnesota, you know that the Minnesota State Fair is a BIG DEAL for a lot of people. It’s the second largest state fair after Texas.

And in 2018, in its 10-day run in late August and early September, it hosted over 2 million people. That’s a lot of people. And it’s a warm time of year.

That translates to crowds, waiting in lines and being uncomfortably hot.

All things that typically annoy me and I try to avoid.

But last summer I went and enjoyed the State Fair (crowds, lines, heat and all) more than I had any previous time.

Well, it all boils down to expectations.

I don’t go to the Fair every year. Every other year, maybe.

Usually I go with my mom, because she loves to go. Often, she goes multiple times each year.

And I usually go first thing in the morning and don’t stay long—in order to beat the crowds, the long lines and the heat.

But last year we went around noon (meaning more people, longer lines and higher temps than early in the morning)

And I enjoyed the State Fair more than I had any previous time.

And I credit it all to my expectations.

More specifically setting realistic expectations about the situation before I went.

Because I’d taken some time before I left to consider the three things above and expect them—and more importantly remind myself that they were all things that I didn’t have any control over—I was able not to get as annoyed at them as I usually am. And I was able not to be as grumpy and irritated at them as I usually am—all of which takes energy and steals away from any enjoyment I might have.

I was pleasantly surprised by the experience. So much so that I experimented with this come holiday time.

Normally, I won’t get within 5 miles of a shopping mall the few weeks before Christmas. But this past year I did. I even went to the Mall of America, a well-known tourist attraction in the Twin Cities with lots and lots and lots of crazed holiday shoppers (and tourists).

Before going, I tried the same thing. I set some realistic expectations—in order to remind myself what I didn’t have control over:

Because I’d reminded myself that I didn’t have control over the above things I found I didn’t let them annoy me (quite as much as I normally do).

And I enjoyed holiday shopping more than I have in a long time.

Then came December 27 and I had to fly out to Los Angeles. On an early morning flight.

Ever take a 7 a.m. flight? The first time I did I got to the airport at 5 a.m. only to be shocked at how busy it was!

At any rate because I’d done this before I was able to set some realistic expectations before going—in order to remind myself what I didn’t have control over:

Well the above 5 things did come to pass.

But I was pleased that again, just as with the State Fair and with my holiday shopping, because I’d set my expectations before going—so I was clear what I didn’t have control over—I found it really helped me not to waste energy being (as) annoyed and (as) irritated (as I often get).

And some good surprises happened. The incredibly long line moved much faster than I thought it would. My flight was delayed but it just meant I didn’t need to wait as long for my ride at LAX. And I ended up sitting next to a petite older Indian lady who didn’t hog any part of my seat.

I’m really looking forward to continuing my experiment with this expectation setting thing.

Of course, there are situations that annoy and frustrate me that I can simply choose to avoid.

But part of life is having to do things that you don’t always want to do. Things that annoy and frustrate you. Having a way to deal with those and make them a little less annoying is very exciting.

If your curious, try it for yourself. See what happens. Then leave me a comment below or send me an e-mail. I love to hear from you.

Heck, it might just make some of those annoying things you have to do just a little bit easier.