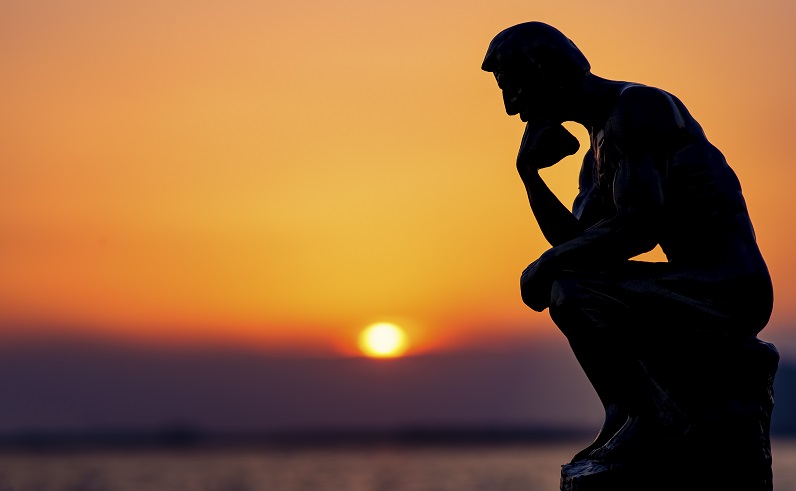 I had a student a while back who had this nagging pain in the front of her hip that would flare up when she was doing her daily workout walk.

In the winter she would often walk on a treadmill. When the weather was nice she walked outside. The hip pain would happen when she walked in both places.

If she was out of shape and hadn’t been walking regularly for a while she was able to walk for about 15 minutes or so before the pain kicked in and she would stop.

Over time as she walked regularly she was able to work up to maybe 30—45 minutes before the pain kicked in.

But it always did.

One day I asked her if when she was out walking—doing errands or shopping for example—did this pain kick in?

No, she said. Only when she was working out.

I was curious so I asked her to do an experiment. It was summertime and she was doing her daily workout walks at a local park. I asked her when she went for her walks in the park over the next week to consciously notice her thinking. Instead of thinking “I am working out” to try thinking “I am sauntering”.

She went off and conducted the experiment.

This student’s experience illustrates a concept at the heart of the Alexander Technique:

How you think affects how you move.

Or put another way:

Your mindset affects your muscles.

My student’s thought “I am working out” caused her body to react in a particular way that it had learned to associate over time with “working out”. This habit she had developed included pounding the pavement with her feet. And as she further discovered, it also included an unnecessary tensing in the shoulders.

Basically, she found it impossible to work out comfortably if she had the idea in her head she was working out. So, she gave herself a different thought.

Are you having difficulty with something?

If so, ask yourself what your mindset is around that particular task. Instead of just trying harder in the same way, experiment with thinking differently.

As always, I’d love to hear your experiences around this topic in the comments section.