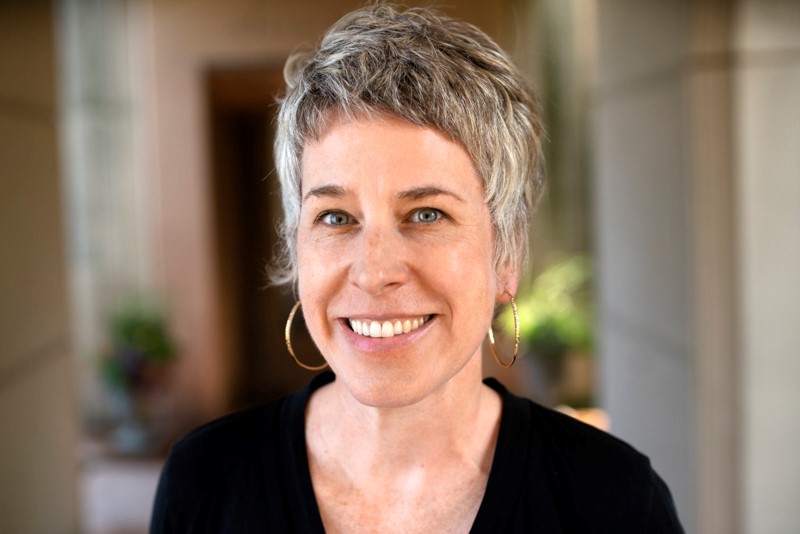 The story of how I ended up an Alexander teacher is not unusual.

It started with chronic pain.

When I was 19 and a freshman in college I went out with a bunch of friends one evening. I was in the backseat of the car and we ended up rear ending a pickup truck that had decided to turn right at the last minute from the left lane.

I remember being shook up and perhaps a bit sore. But I was not concerned enough with any symptoms or pain to go to a doctor and get checked out. And I was fine. For about three months. Then one day I began to have neck, upper back and shoulder pain that would not go away.

I went to the doctor and had a load of tests done, including an MRI. But nothing was apparently wrong.

It became increasingly uncomfortable for me to sit or stand for more than 10 minutes at a stretch. I stopped playing the piano and driving any distance was out of the question. I stopped running.

I was a fine arts major at the time—planning to focus on printmaking. This required three-hour studio classes in which I was standing much of the time. I ended up switching my major. I physically could not deal with the demands of my chosen area of study.

This started a six year stretch of going from one practitioner to another, looking for a diagnosis and a cure. Not finding either, I looked for someone to at least provide me with some type of relief from my symptoms. You name it I had tried it—chiropractic, PT, pool therapy, massage therapy, trigger point therapy, acupuncture, acupressure and myofascial release—just to name a few.

I would do something for a while, find a bit of relief but nothing lasting, and then stop.

I would then do nothing for a while, exhausted from trying to find an answer.

After a time, I’d regroup and go out in search again.

During this time, I experienced a myriad of emotions—denial, anger, grief, isolation and exhaustion. Helplessness, however, was by far the most dominant—and a huge obstacle that stood in the way of me getting better.

My mother was the one who suggested the Alexander Technique.

She had been to a conference where an Alexander teacher had given a presentation. She came home to tell me that it might be something worth looking into. It was a good time for her suggestion. I was in the mood to try something else, yet again.

I was lucky. There was an experienced Alexander teacher right there in my little East Coast town. I booked a lesson and went to see her. It turned out she was the aunt of a childhood friend of mine, but I never knew what she did.

I very clearly remember that first lesson. Not so much for how I felt physically, but how my teacher addressed my issues.

She didn’t blame me for my problems. But she did suggest that I might be contributing to them, simply by the way I unknowingly was holding tension in my body as I went about my everyday activities.

This was a completely different approach than any previous practitioner had taken with me. She did not set out to treat me as a passive patient. Her approach was active and educational. She showed me what habits I could change in the way I used myself that were putting excess strain on my body.

But—and this was the kicker—I had to start by paying a bit more attention to myself in order to learn about my habits.  And that meant at the outset of my Alexander journey, I experienced my pain more fully.

You see, I had just spent the past six years getting good—really good—at ignoring my body. Because it hurt so much.

Stress had always seemed to be something that aggravated my pain and so I had spent time and effort trying to de-stress my life. However, many things in life are outside of our control and stress will be there whether we like it or not.

What was within my control was how I reacted to stress—this is what most importantly, my Alexander lessons taught me.

Most of us habitually react to stress in the form of strain and excess muscular tension, which has implications for our overall well-being. This was certainly clear in my case.

Although my habits were not necessarily the underlying cause of my pain (I would much later be diagnosed with myofascial pain syndrome at the Mayo Clinic) they certainly were exacerbating my symptoms to the point that they had become almost unmanageable.

Helping myself by studying the Alexander Technique required me to accept some of the responsibility for my problem—which was a hard pill to swallow.

But taking responsibility is different than blaming myself. That is an important distinction.

The reward for taking responsibility and being willing to learn what I could do, gave me a sense of empowerment that had been non-existent up to that point. I no longer felt that sense of utter helplessness that was really standing in the way of me getting better.

I took lessons for five years as they helped me so much. And in addition, I became fascinated by the Alexander Technique itself.

In essence, the principles of the Alexander Technique are so very simple.  But often the seemingly simple things in life are the ones that prove to be sources of endless learning and exploration.

When I turned 30 I decided to train to be an Alexander teacher. I have never looked back.

When I am asked today how the Alexander Technique has helped me, my answer is always the same: it has never stopped helping me.

As I continue to apply my skills on a daily basis I am practicing a commitment to ongoing self-care which IS the Alexander Technique.

6 Replies to “My Story – The Alexander Technique and Chronic Pain”